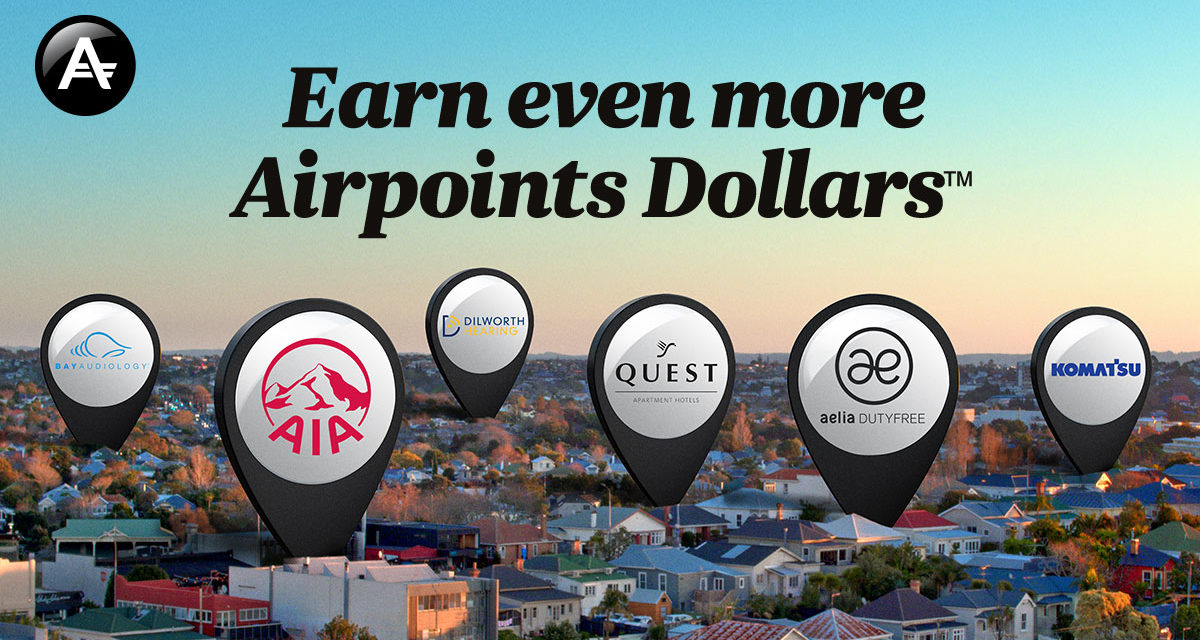 Air New Zealand General Manager Loyalty Mark Street says the addition of five new partners to the programme is good news for members and follows a period of rapid expansion.

“These businesses join 63 other bank, retail and travel partners covering a wide range of household and business spend categories including New World, Harvey Norman, Mercury, Mitre 10, Z Energy, Macpac which have all joined within the past two years,” says Mr Street.

Air NZ Airpoints is New Zealand’s most rewarding loyalty programme with more than 2.8 million members.  In the past year more than one million flights and purchases from the Airpoints Store were enjoyed by members using their Airpoints Dollars.