Auckland International Airport (Code: AKL) is located about 20km from the Auckland CBD. The Airport has a two terminal buildings - one each for domestic and international services.

Auckland Airport has many options for parking - including:

SkyBus operates from outside the domestic and international terminals and operates a 24/7 service. Buses operate every 10 minues during peak times, and every 30 minutes overnight. Buses alternate between two different routes to the CBD - one via Dominion Road, and the other via Mt Eden Road. If you are heading to the CBD you can use either bus, however if you're stopping before the CBD ensure you're on the correct bus. All services terminate at the top of Queen St and transfers to inner city locations are available via a smaller shuttle bus that operates from this location. Depending on traffic conditions the travel times from the top of Queen St to the airport will vary from about 40 minutes up to an hour. Fares are NZ$18 per person one way (discounts for return and online purchases are available). For more information see www.skybus.co.nz

A cheaper but slower alternative is the 380 bus service that operates between Auckland Airport and Manukau via Onehunga train station. This offers an easy connection from the train network as well as many intercity bus services that stop at Manukau. This service operates 7 days a week with the first services at approximately 4:20am and the last services leaving the airport at approximately 11:45pm. Travel times are around 30 - 40 minutes and the fare is NZ$3. For more information see the Auckland Transport website

No train services operate to Auckland airport. Connections to the Auckland train network are available at Manukau or Onehunga using the 380 bus service. It's around 30 minutes from Britomart (Auckland CBD) to Onehunga using the train and the cost is NZ$5.50

A number of other rental companies including Go Rentals, Apex, Rent-a-dent, Ace Rentals and Omega Rentals all operate off-site and offer shuttle pickups from the airport.

A number of taxi companies operate from Auckland airport and drivers must be registered with the airport to pick up passengers. Taxis are located just outside the main doors on the ground arrivals floor at both Domestic and International terminals.

Prices vary between companies, and pricing is required to be printed on the side of the taxi. A typical taxi journey to the Auckland CBD will cost around $80, but can be higher in peak hour traffic.

A number of smaller taxi companies offer fixed rates of approximately $35 from the Auckland CBD to the airport for pre booked rides.

Super Shuttle is the only shuttle company operating from Auckland airport. The cost of a shuttle into the Wellington CBD is $35 per person. Shuttles are located just outside the main doors on the ground arrivals floor of both Domestic and International terminals.
For more information see www.supershuttle.co.nz

Uber operates from Auckland airport however due to no official agreement with the airport company there are is no designed pickup or drop off area, and pickup's and drop-off's are from the public area. Most Uber drivers will call before pickup to confirm a location. The cost of an Uber into the Auckland CBD is around $35 - $40,  but can be upwards of $50 during peak hour traffic.

In the international terminal Air New Zealand, Qantas and Emirates operate their own lounges. The Airport company operates it's own Emperor lounge which is used by a number of other airlines, and also offers paid access for one off visits for NZ$49 per person. The Emperor lounge is also available to Priority Pass holders. All four lounges offer shower facilities and are available for departing and transit passengers. None of these lounges can be used for arriving passengers.

Pro Traveller Tip: If you're after a shower after arriving on an international flight, visit either Relay or the iSite Tourism Information Centre across from McDonalds in the arrivals area after clearing customs. Showers are available free of charge, but shower packs including a towel and soap are available to purchase from the retailers above.

There are two hotels on the main Auckland International Airport property and a few more within very close reach. 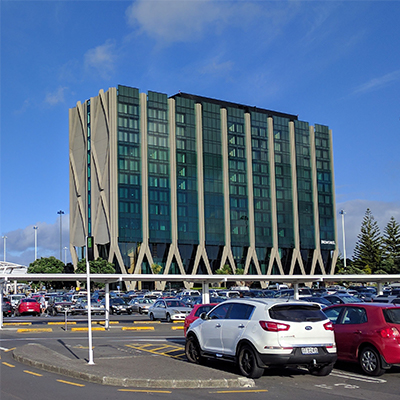 Just meters from the international terminal, the Novotel is the perfect place to stay after a long flight or before an early one. 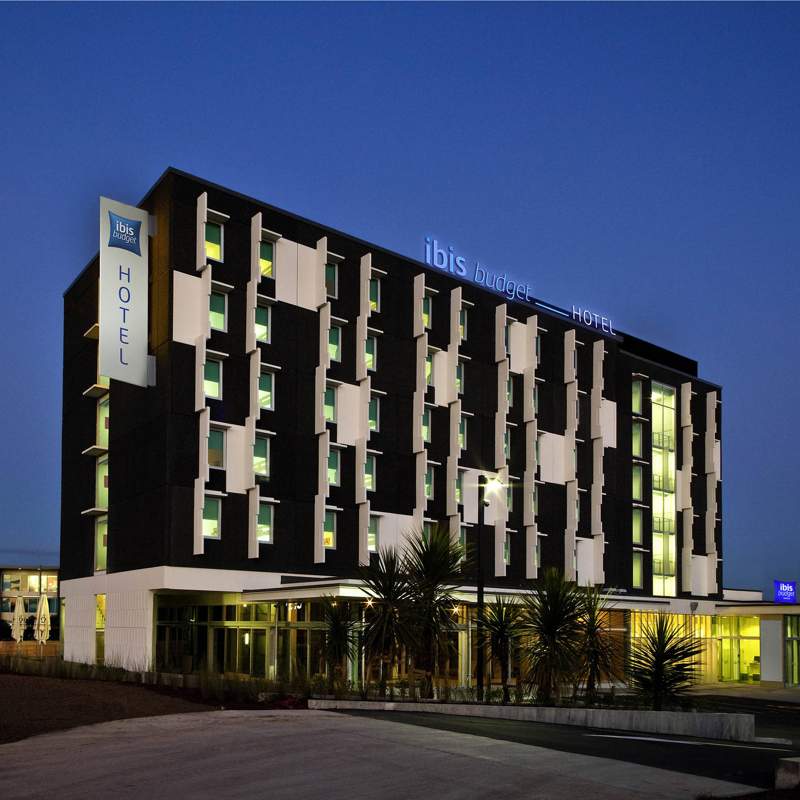 ibis Budget Auckland Airport provides lower cost accommodation within close reach of both terminals (under 1km) and is surrounded by shopping, restaurants and cafes. 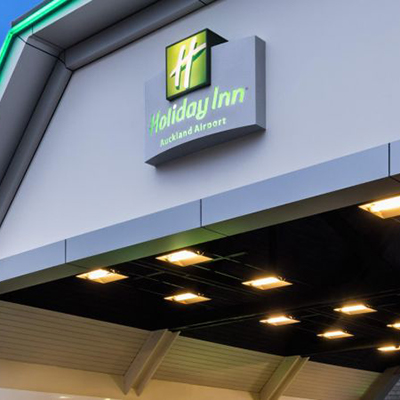 Just 4km from the Airport, the Holiday Inn offers a cost effective yet close alternative to the Novotel or Ibis hotels closer to the airport terminals. 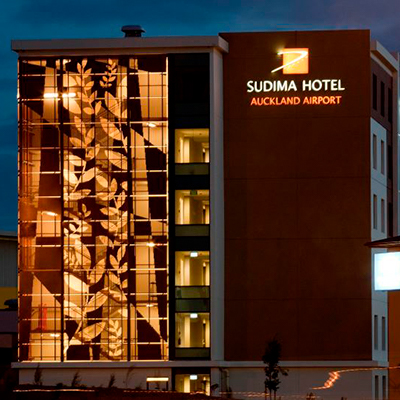 Just 2km from the Airport, the Sudima is a modern and well appointed hotel with an indoor heated swimming pool.

With the exception of the Novotel, the hotels listed above are serviced by  the 'bright yellow bus' transfer service running between 4am and 2am daily, and departing approximately every 30 minutes. This bus costs $6 each way per passenger, with children 12 and under riding free. Your chosen hotel can provide a more specific timetable of pickup times.